GARENA FREE FIRE’S RAMPAGE CAMPAIGN BACK FOR ITS 3RD EDITION, HEADLINED BY THEME SONG BY DJ-DUO DIMITRI VEGAS & LIKE MIKE

Garena Free Fire’s Rampage campaign back for its 3rd edition, headlined by theme song by DJ-duo Dimitri Vegas & Like Mike

GARENA FREE FIRE’S RAMPAGE CAMPAIGN BACK FOR ITS 3RD EDITION, HEADLINED BY THEME SONG BY DJ-DUO DIMITRI VEGAS & LIKE MIKE

4 Jun 2021 – Garena Free Fire"s Rampage is back in 2021 for the third year running, after being among the most well-received campaigns in the last 2 years, according to the Free Fire community themselves. This year"s campaign – Rampage: New Dawn – follows previously successful Rampage campaigns: Rampage: Redemption in 2019, and Rampage: Uprising in 2020. To celebrate Rampage: New Dawn this year, Garena Free Fire is partnering with world renowned DJs Dimitri Vegas & Like Mike for a themed song created exclusively for Rampage. 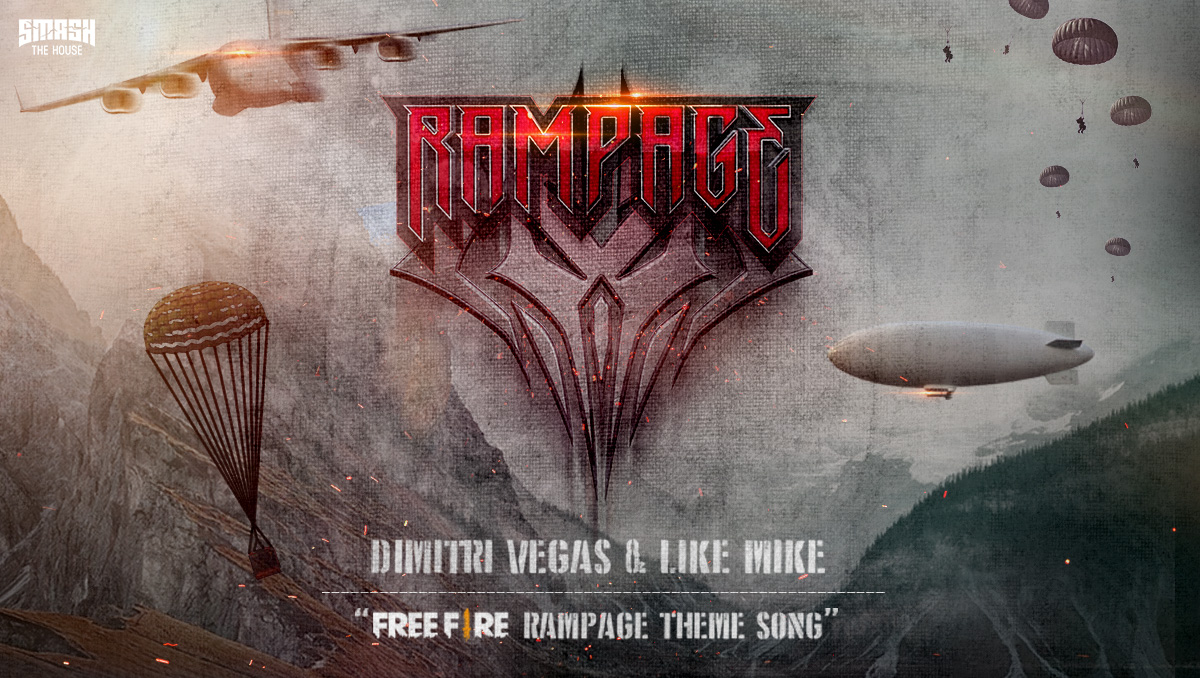 The DJ-duo of Dimitri Vegas & Like Mike - who ranks 2nd on DJ Mag"s Top 100 DJs list - have come together to produce a themed song, aptly titled "Rampage". Fans of Dimitri Vegas & Like Mike can enjoy the song in Free Fire on Spawn Island (from 9 Jun). "Rampage" seeks to inspire players to commit to the battle and not back down - be it in Free Fire or beyond. This commitment to battle is a continuation of Garena Free Fire"s previous 2 Rampage campaigns.

Rampage: New Dawn takes place in a futuristic oriental city filled with despair, where four individuals - Drake, Rajah, Speedy, and Aurora - commit to becoming vigilantes that the world needs. During the journey, they were tricked into an experiment, where they were being held captive in a lab for a mutation program - where they would be monitored in a controlled environment as they got stronger, faster, and smarter. From 18 Jun, players around the world will be able to join the fight against the captors and help escape from the lab. They can deck their characters out with the Shadow Earthshaker Bundle, Phoenix Skyboard, and Black Tortoise Pan. To celebrate Rampage: New Dawn the Shadow Earthshaker Bundle – a male costume bundle – will be awarded to all players for free when they log in and complete certain missions during the period,  something that doesn"t happen often! 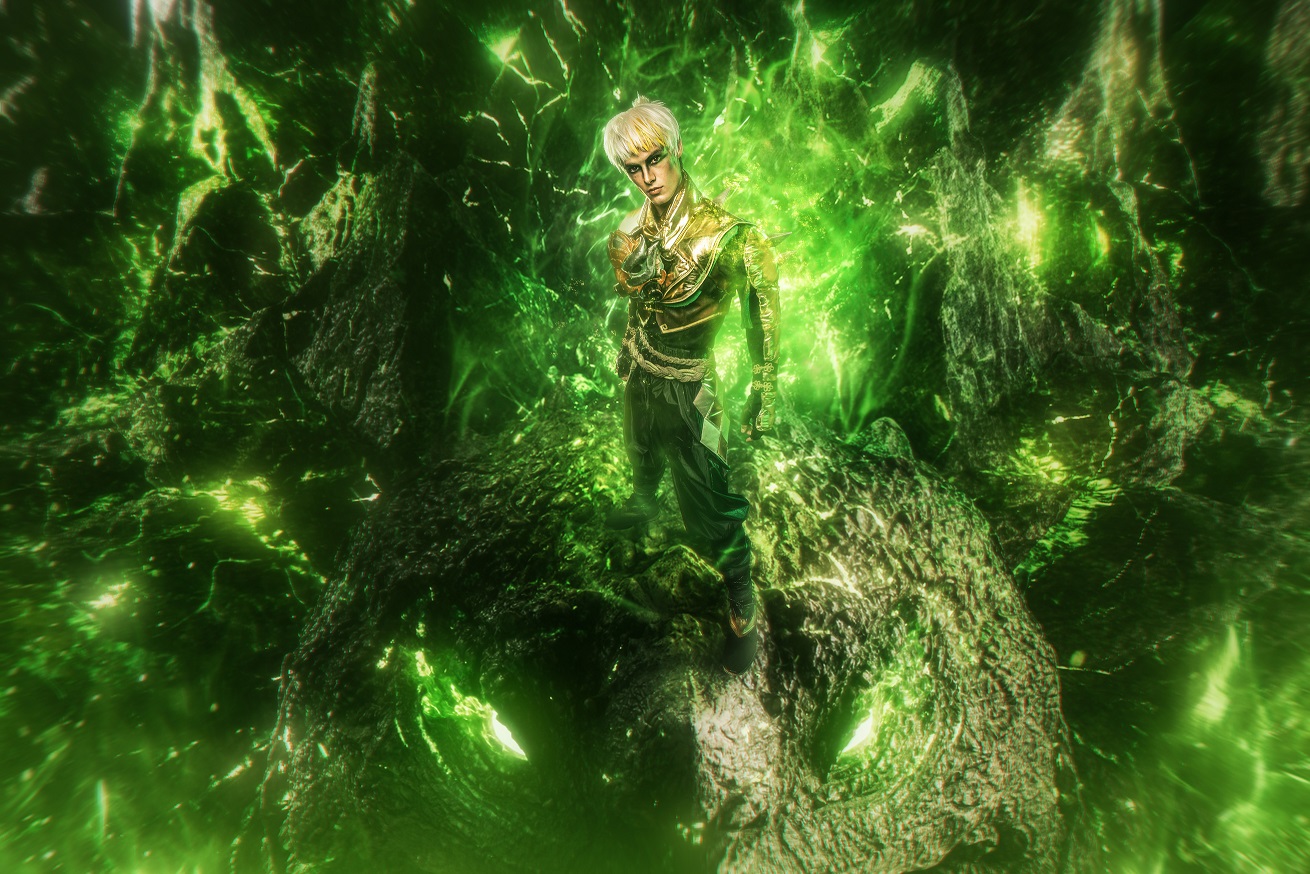 From 26 June, play as Drake, Rajah, Speedy, and Aurora and experience their full potential

Garena Free Fire is introducing a time-exclusive new mode for Rampage: New Dawn, from 26 Jun,  where players can experience the full potential of the 4 protagonists.

From left to right: Rajah, Drake, Aurora, and Speedy

This new game mode follows the classic Battle Royale mode, with a twist: users will be able to pick up runes across the map and receive runes to unlock special attributes for their characters.

By gaining more experience and levelling up to further unlock attributes, users can be prepared for more intense battles with their friends and foes. They can do so by gaining experience and leveling up to unlock the skills of the 4 protagonists. With over 20 attributes available, users will have the opportunity to explore the best combination possible in a bid to to be the most formidable player on the battlefield.

To find out more about Rampage: New Dawn and get the latest updates on what"s happening with DVLM, head down to our campaign page and follow us on Garena Free Fire"s social media channels.

Electronic music lovers and fans worldwide know Dimitri & Mike Thivaios as the monolithic brotherly duo "Dimitri Vegas and Like Mike" and as ambassadors of the worldwide phenomenon Tomorrowland. The brothers are superstars in the electronic music scene and have earned the adoration of crowds around the globe. From becoming the first-ever duo to win the World #1 DJ"s crown at the prestigious DJ Mag Top 100 DJs Poll in 2015, the twosome reclaimed the throne again in 2019 and have managed to stay inside the top 2 for seven consecutive years.

Clocking up more than 25 million fans on social media, combined with billions of music streams and video views of their over-the-top live performances and music videos. With a schedule of about 160 shows per year all over the globe. At the same time, running one of the most iconic record labels in the scene with Smash The House and producing some of the most significant electronic records of the past decade that have included collaborations with the likes of Ne-Yo, Armin van Buuren, Hans Zimmer, Martin Garrix, Diplo, Paris Hilton, Fatboy Slim, Steve Angello, Natti Natasha, Afrojack, David Guetta and Wiz Khalifa. It"s safe to say the brothers are two of the busiest artists in the game and have proved that together, they have what it takes to dominate the worldwide dance scene.

Garena is a leading global online games developer and publisher. Free Fire, its self-developed mobile battle royale title, was the most downloaded mobile game in the world in 2019 and 2020, according to App Annie.

Garena is run by passionate gamers and has a unique understanding of what gamers want. It exclusively licenses and publishes hit titles from global partners – such as Arena of Valor, Call of Duty: Mobile, and League of Legends – in selected markets globally. Garena champions social and entertainment experiences through games, enabling its communities to engage and interact. Garena is also a leading esports organiser and hosts some of the world"s biggest esports events.

Garena is a part of Sea Limited (NYSE:SE), a leading global consumer internet company. In addition to Garena, Sea"s other core businesses include its e-commerce arm, Shopee, and digital financial services arm, SeaMoney. Sea’s mission is to better the lives of consumers and small businesses with technology.