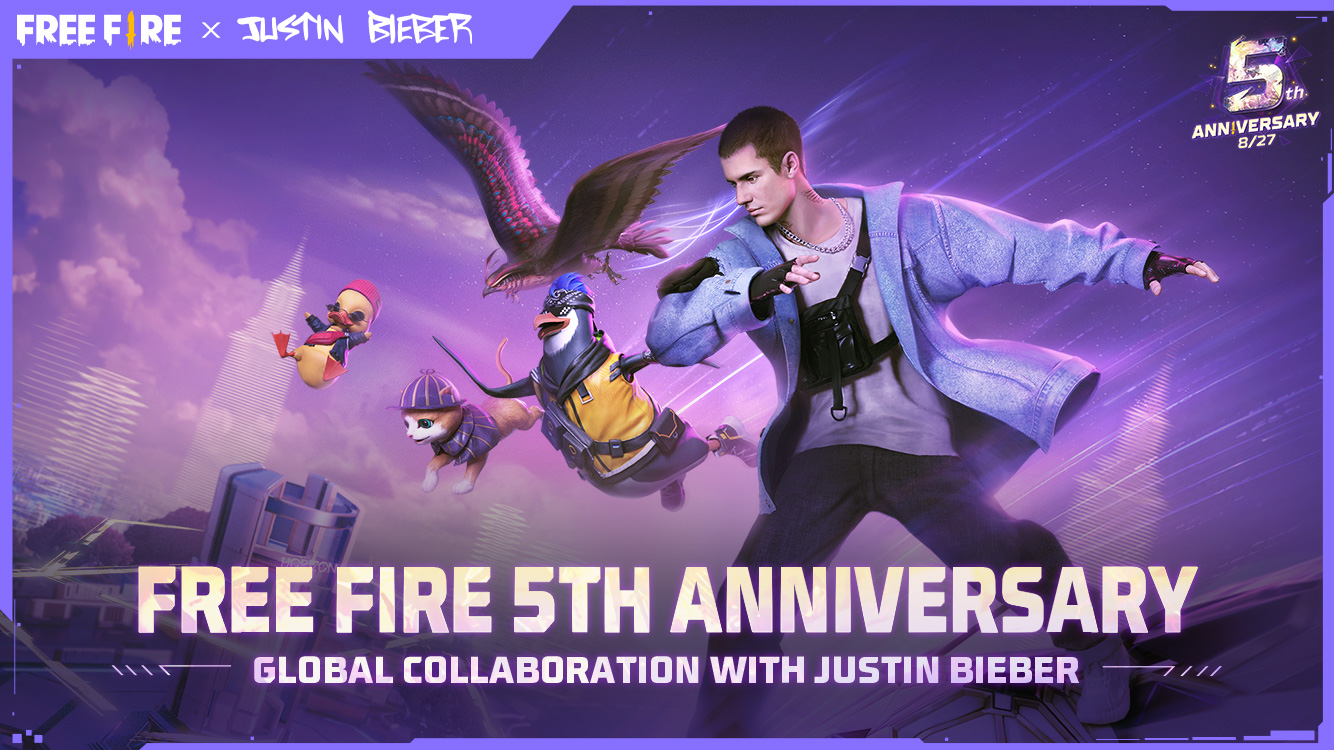 Garena has announced a partnership with global icon Justin Bieber as part of Free Fire’s 5th anniversary celebrations. Set to be the biggest to date, this year’s festivities include bringing back players’ favourite themed contents, exclusive rewards and giveaways, as well as a series of collaboration events and activities, both in-game and beyond.

“I’m excited to partner with Garena Free Fire to have this opportunity to entertain my fans across the globe,” said Justin Bieber. “This collaboration with Free Fire has allowed us to explore various dimensions in which we can integrate my music with games and I can’t wait for everyone to enjoy what we have worked hard on behind the scenes.”

“The tremendous support we have received from our global community of fans and players over the years has made Free Fire what it is today and this celebration is for them,” said Harold Teo, Producer of Free Fire, Garena. “We are excited and humbled to partner with a global icon such as Justin Bieber, whose influence in fashion and music has undoubtedly inspired many worldwide, including our Free Fire community which expresses their own creativity through battling in style. Free Fire’s 5th anniversary celebrations will be the biggest yet and I’m sure the lineup of events we have planned will thrill our fans and players.”

“Consumers are looking for immersive experiences that converge their passions in a unique, but organic way,” said Rachel Schlegel, Account Director of UTA Esports, whose team brokered the deal between Bieber and the agency’s marketing client Garena. “Integrations aren’t new, but the sheer scale of unique in-game opportunities with a globally renowned artist is what makes this partnership so dynamic.”

Free Fire will host its first ever in-game performance on 27 August, with Justin Bieber set to debut an exclusive track as part of the 5th anniversary celebrations. Players can look forward to immersing themselves in an interactive set-up, groove along to custom emotes, participate in minigames and potentially even perform with Justin Bieber’s avatar on stage.

More details will be released over the coming weeks. Stay tuned to Free Fire’s social media channels for the very latest on its 5th anniversary celebrations, and more.