Stay tuned to a bunch of interesting content events and get yourselves ready to join the force!

On 25 June, players are set to experience a brand new game mode, exclusive rewards and other dynamic new content 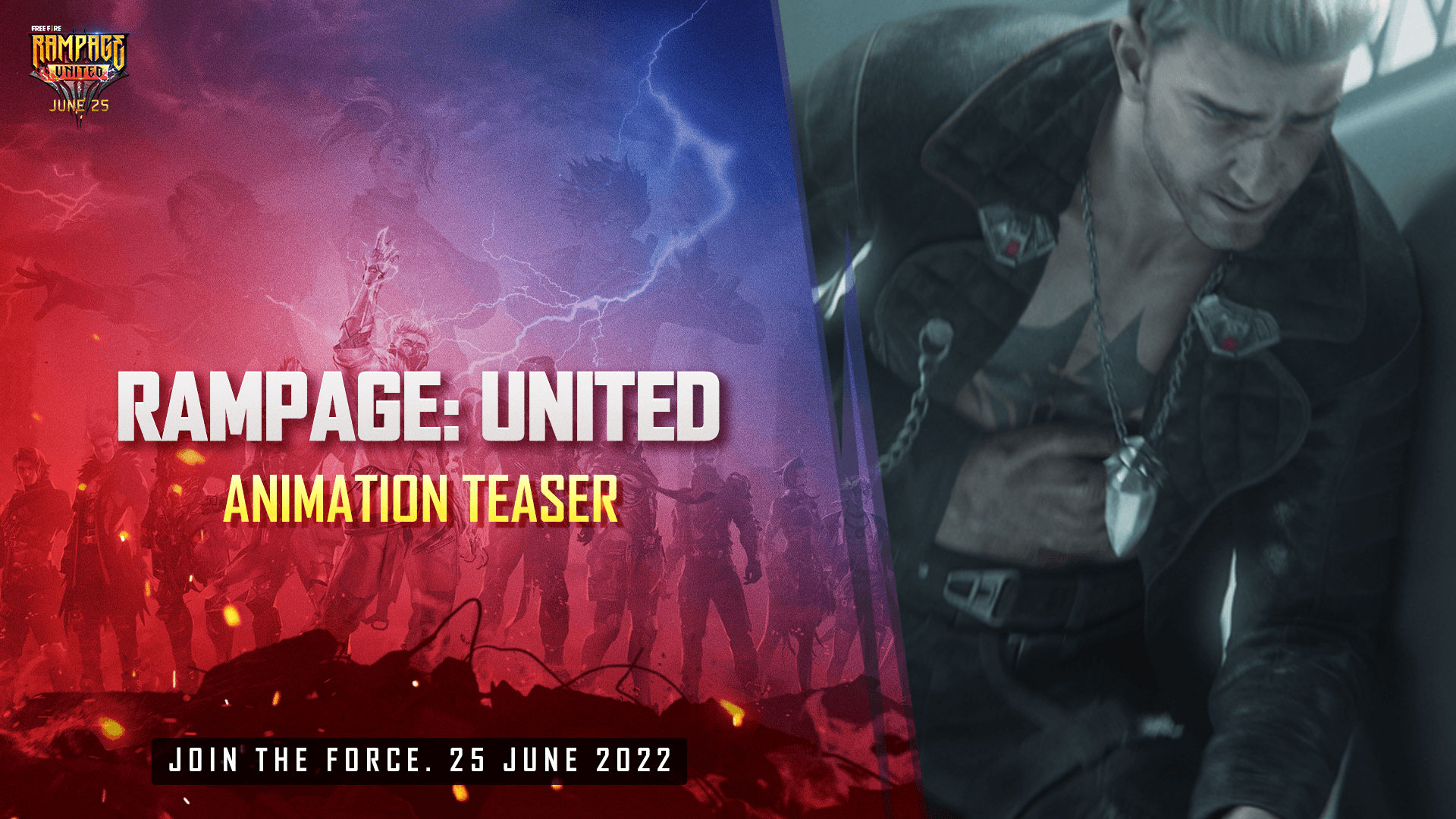 On 25 June, Garena Free Fire’s Rampage: United event will unveil its most exciting update yet as players will be greeted with a brand new game mode, enjoy exclusive collections, rewards and more. Fans and players can prepare themselves for a climatic battle by watching the teaser video, before the full version is released on 24 June.

Rampage: United’s Peak Day will feature several new Rampage drops such as the Mars Warclasher bundle which will guide the players and The Director in their battle for the Hyperbook.

Building up to an epic battle

Over the last week, fans and players have awakened their power through various Rampage activations, including

- following the Rampage: United storyline through the animation teaser and an imaginative comic series to get Rampage spirit 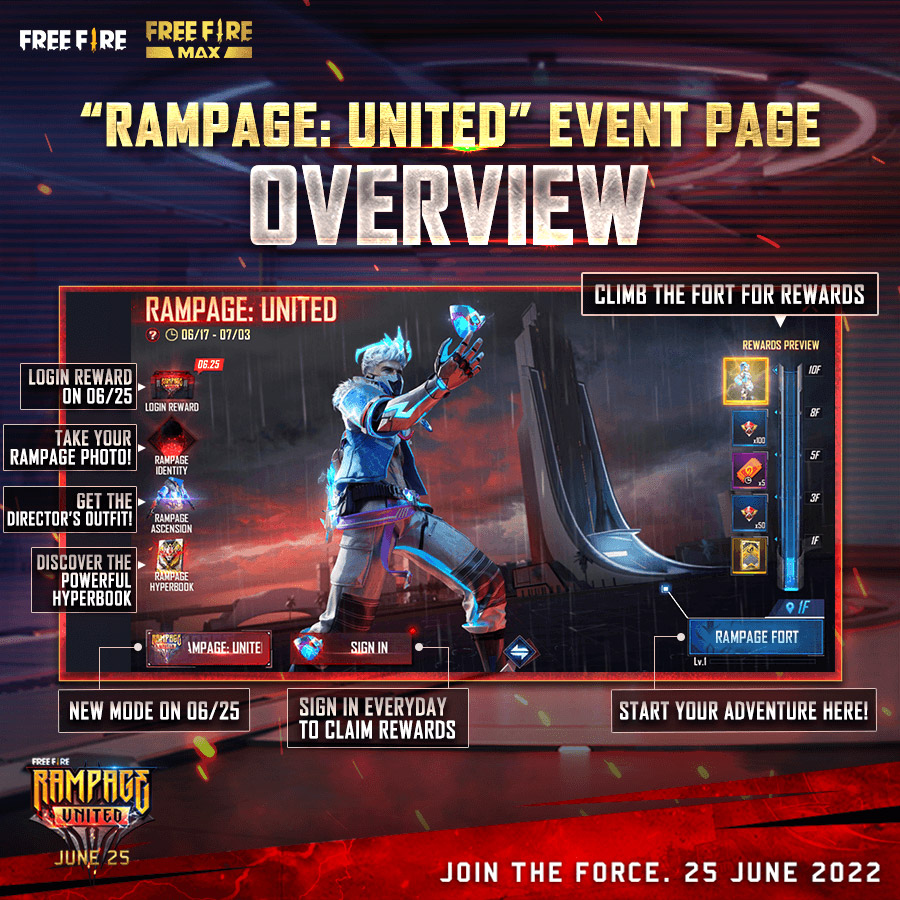 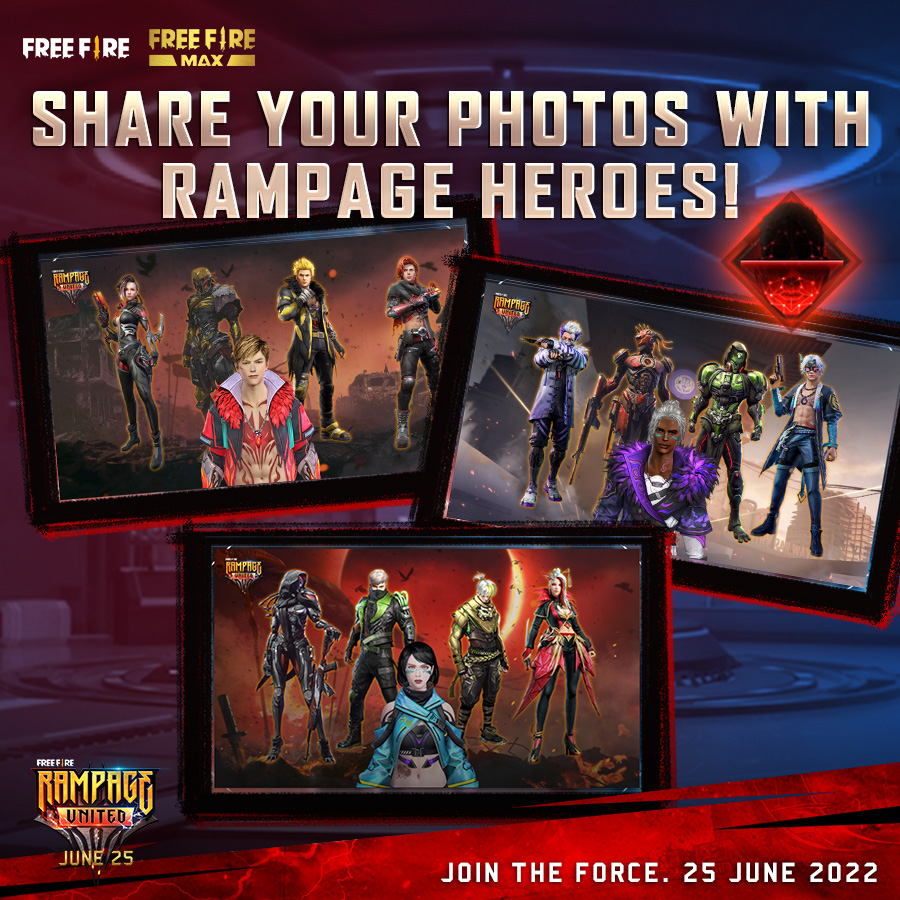 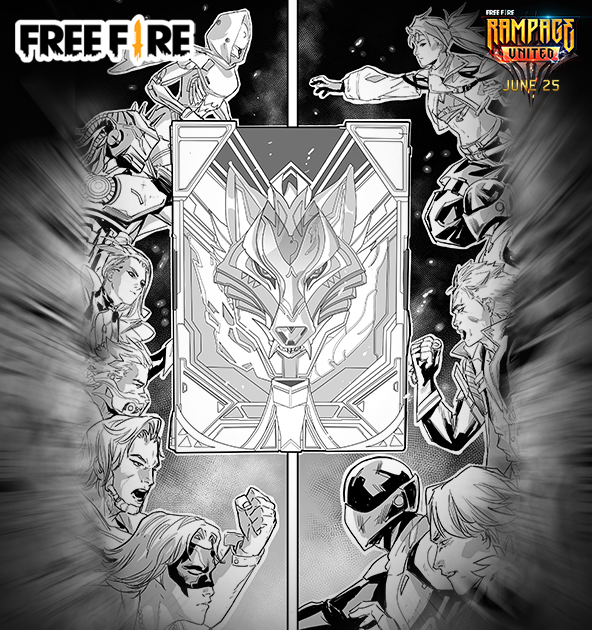 “Awaken the power within” with exciting themed rewards!

Free Fire is set to excite fans and players with thrilling in-game activities and rewards as they level up in their fight against the Horizon forces.

A refreshed game mode - Rampage United - will go live on 25 June, where players can assemble their teams of four to capture the manuscript and gain points across the different zones in the map.

Free Fire fans and players can look forward to gear up for the battle with free Rampage: United-themed collectibles such as: 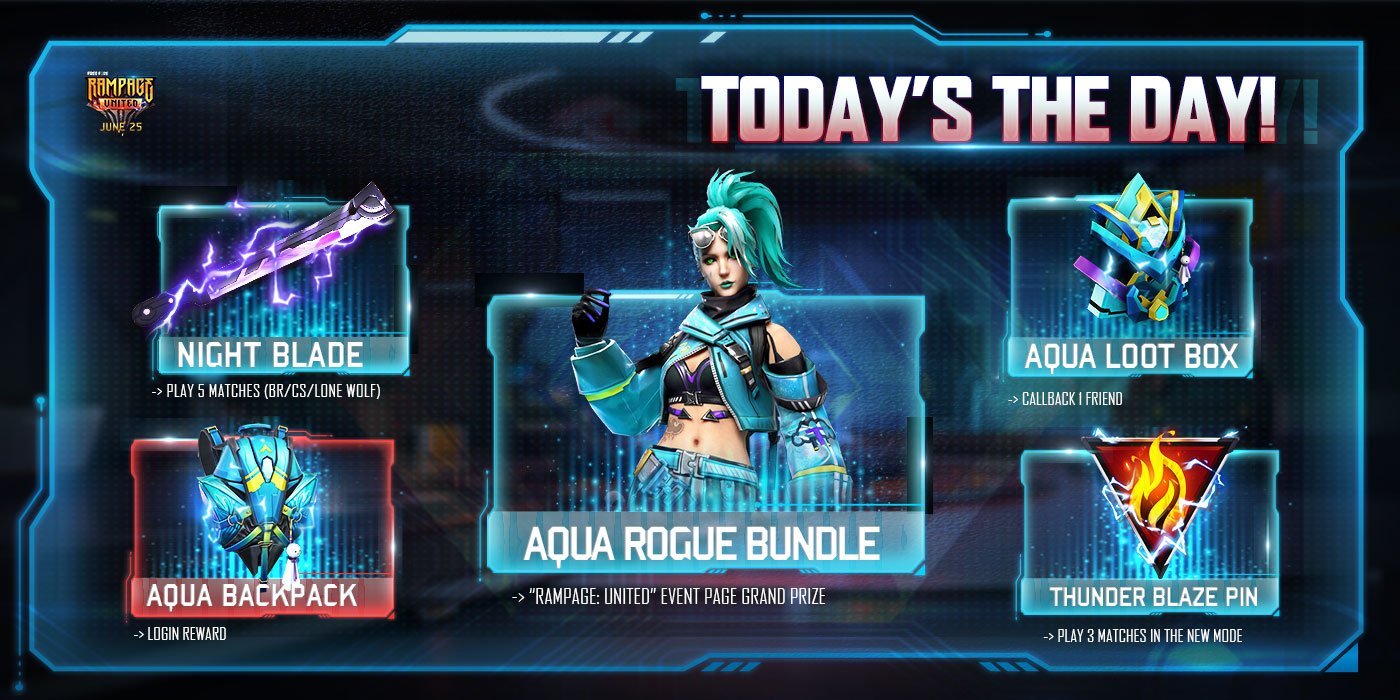 Don’t miss out on the chance to obtain the exclusive Mars Warclasher Bundle from June 25 as well! 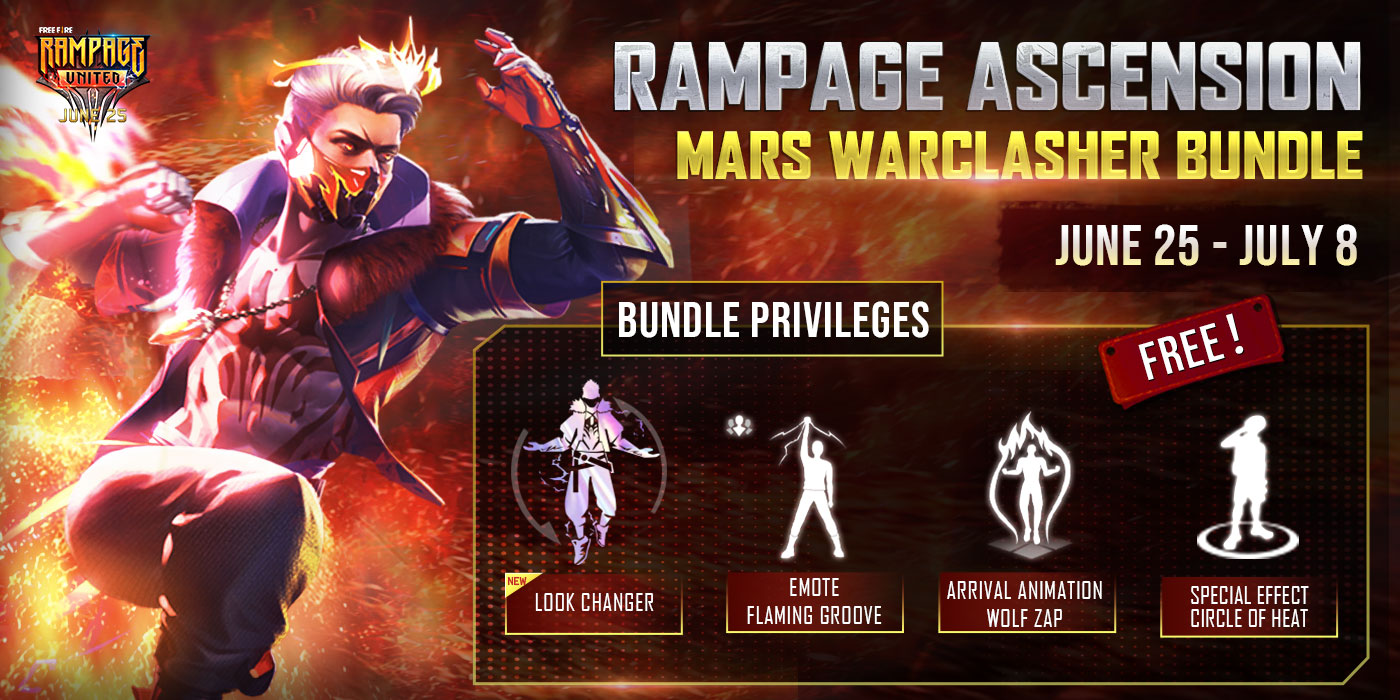 While fans and players anticipate the arrival of the Rampage: United’s Peak day, they can now log into Free Fire to immerse themselves in the dedicated event page and prepare themselves for the final showdown against the Horizon forces.