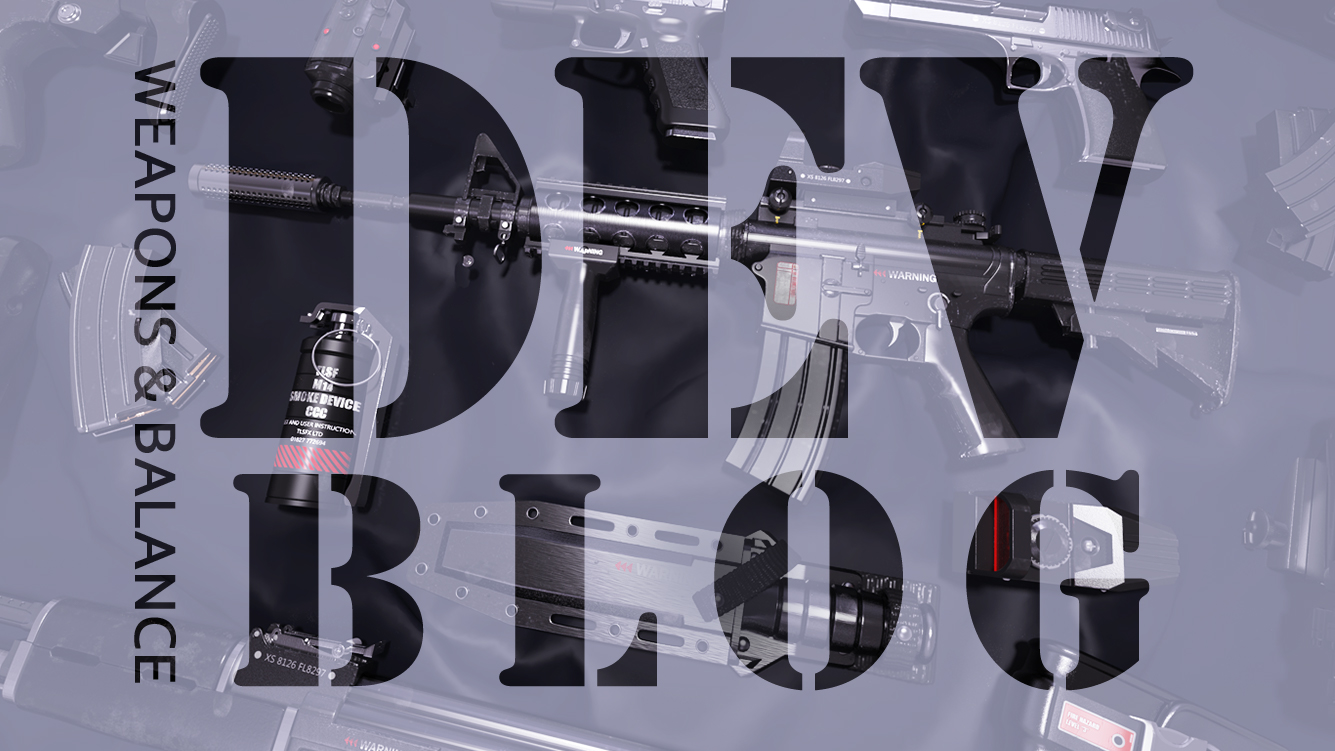 Our Devblog is back, and this means there’s an update coming. Do you know what else comes with the update? Game balance! Today we’ll go more in-depth on why we balance the game and our approach to it. We’ll share insights on what our developers’ philosophy behind making changes, and how we’re determined to make Free Fire better.

ADJUSTING WEAPONS, BUT WHY?

One of the coolest things of Battle Royales, and Free Fire, is that there are many approaches to how you can win a game. You can act sneakily, and survive through safe zones by dodging enemies while carefully hoarding medkits and weapons. You can Rambo your way out of situations. You can coordinate tactics with your squad, having someone to rush in and have the support of the rest of the squad from behind. But one thing that matters the most is which weapons you’re using when it’s action time. Granted, you, players, are fast to pick up on which weapons are a little bit stronger than they should be (looking at you, M1887), and try to optimize around finding it through the map. Rather than adapting your playstyle to what you come up with, you try to tune in finding the “right weapon. This can make games quite repetitive and dull, and this is what we don’t want it to happen! It’s impossible to have every gun on an equal level, and there will always be a hierarchy between different weapons and weapon types. Different in-game situations (long-distance shootout, roof-to-roof battles, or close-quarters combat in a building) requires different solutions. But we want this to feel natural, fair and offer you as the player more choices for your individual playstyle.

DECIDING WHAT GETS CHANGED, ADDED, OR EVEN REMOVED

As mentioned, we want players to do the best out of their situation and abilities through a fight to become the last survivor. We’re often looking at what weapons are performing better through the last round of survivors. If we see a huge gap, as a class of weapons being overused or a type of weapons being underused, we’ll try to make changes to level out the field for everyone. Over the next patch, you’ll notice we’re giving some SMGs a much-needed buff. We’re also adding a new SMG one, the Thompson. While we want to make SMGs more useful and impactful through the game, we believe that having broadening the variety of playstyles within the SMG sub-type more will help this particular subtype of weapon overall. Adding new SMG (and weapons in general), other than being exciting and giving you more options to play with, also helps us to further differentiate each gun, further enhancing the excitement of each battle. As we mentioned, though, sometimes guns are not unique enough, as it was the case of the Desert Eagle in the Battle Royale genre, which is why we decided to remove it back then. Clash Squad presented a very nice chance for us to bring it again. Still, it’s very much because it fitted as a unique weapon within the fast-paced gameplay style. Lastly, making things stronger isn’t the only way to go — if we notice there’s something a little bit out of hand, and overall too strong, we’ll likely adjust it to be in line with the other guns.

NOT ONLY GUNS, BUT CHARACTERS, PETS, AND MORE

Our goal is to continuously keep improving Free Fire, and that means we’re not only balancing guns. There’s a lot to that — we’re continually adding new game modes, and improving the ones that exist. We just added our third-map, Kalahari, and we’re always trying what already exists. Lately, we’ve been trying to make our characters more and more unique as well, as we’ve discussed with you guys in a dev blog. Other than the characters, we also have the Pet system — all those pieces, when fitted together, make for the overall experience of playing Free Fire, and we believe balancing and evening them out is essential to keep the game fun. Through the process, your feedback regarding all these features is one of the most important things for us, so please keep letting us know what you think so we can update the game accordingly.

See you on next Devblog!