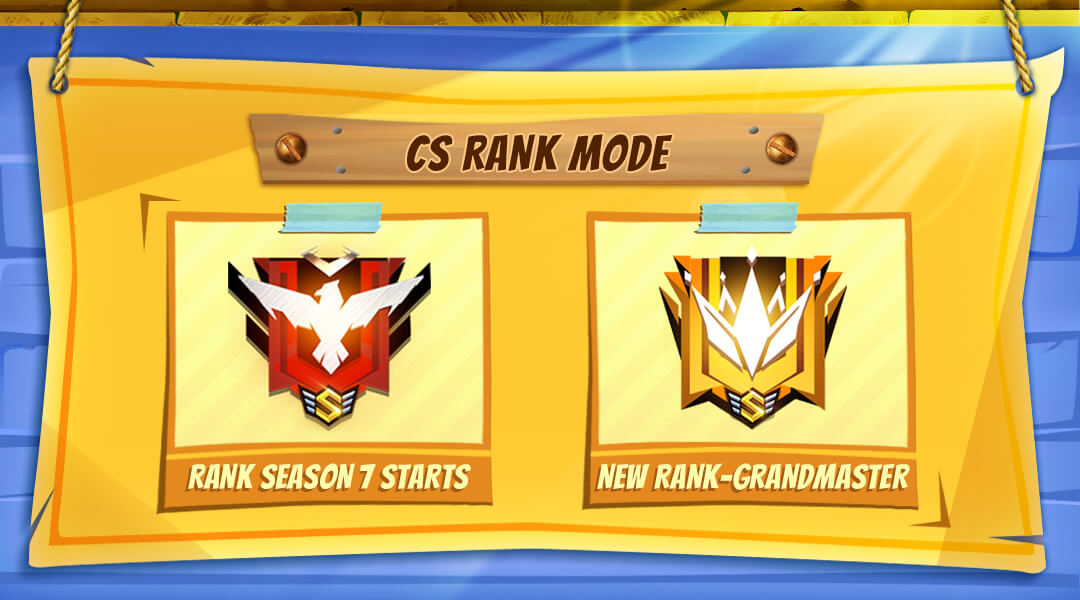 Loot and Purchase Limit Adjustment.
"We are adding more items into the vending machine so it has enough items to support battle needs. We are also adding personal purchase limits on some of the consumables and more valuable items to avoid players stacking up utilities in the end-game."

Added Ammo and Armor Repair Kit in the Vending Machine.
Increased purchase limit on some items.
Optimized the loot on the ground so it does not overlap with the vending machine.

Points Output Adjustment.
"Ever since we introduced the revival system in Rank Mode, we realized that the difficulty to get rank points became significantly harder because opponents now have opportunities to return to the battlefield. This patch, we are going to increase the total rank points output by a lot to ensure the overall difficulty in ranking up is slightly lower than before."

Increased the total rank points output ever match for all ranks. 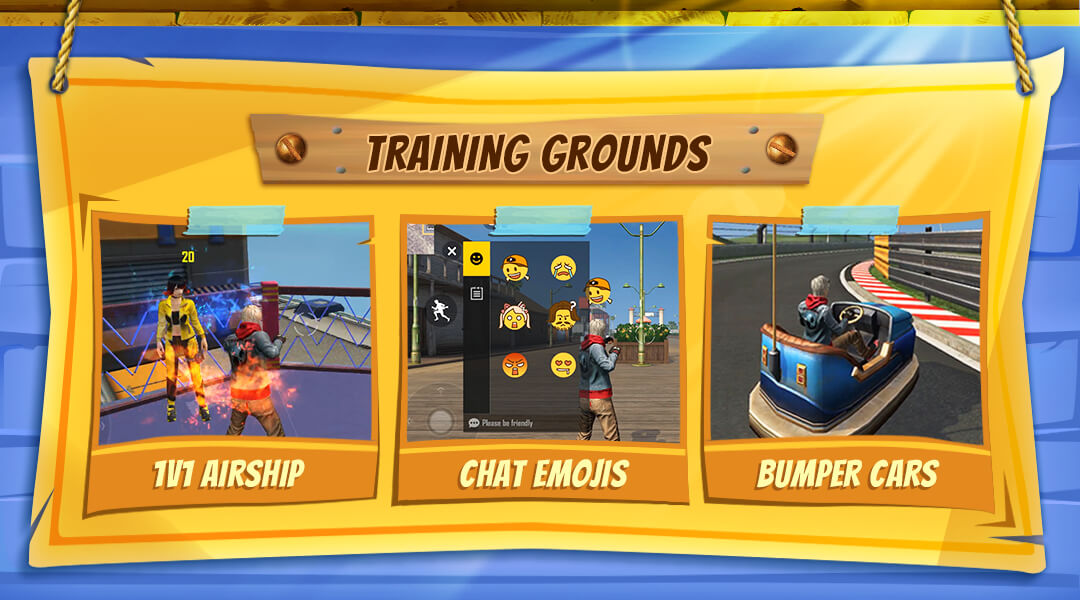 New Features Available.
"We're adding more features to the Training Grounds this patch based on players' feedback. First, we're increasing the capacity of the Training Grounds so players can hangout with more players. We're also adding a few social features including Emojis, Combat Zone leaderboard, and a lap timer in the race track. Join and check it out!"

Matchmaking, New Minigame, and New Skill Available.
"Pet Rumble's early access was really well received by the players last patch. We're making this mode available to all players via matchmaking shortly after the patch so everyone can queue up and enjoy it! Also, we have added 4 mini games for the Scientists to complete, let us know which one is your favorite!" 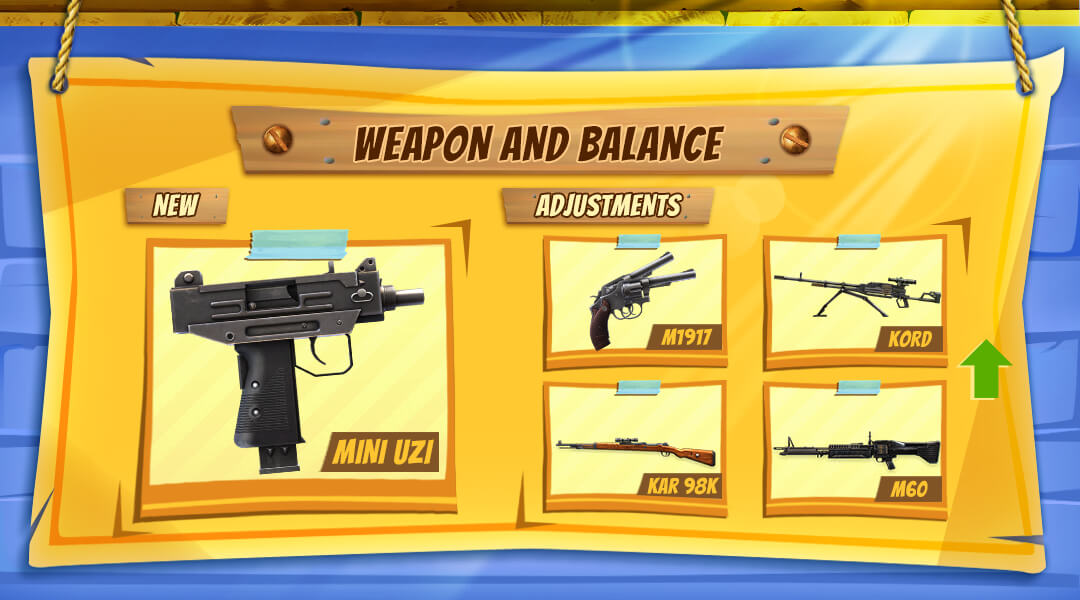 Available in Battle Royale & Clash Squad.
"Introducing the Ice Grenade, a utility grenade that will explode and leave an aura that deals damage over time after the explosion. The Ice Grenade will be a good tool to force enemies to move out of their cover."

Available in Battle Royale & Clash Squad.
"Introducing a new secondary weapon - Mini UZI. The Mini UZI is a first secondary weapon with the SMG ammo. With its high rate of fire and accuracy, the Mini UZI can be extremely cost efficient in close quarter combat."

Stats Adjustment.
"The M1917 performed below expectation due to its inconsistent damage in mid-range. We are giving the M1917's minimum damage a slight buff to make sure it performs closer to other weapons with a similar price."

Stats Adjustment.
"We are giving the Kord a small buff because it was performing significantly worse than other LMGs. We're also giving Kord's Machine Gun Mode a bit more rate of fire to make sure it can be more viable in mid-to-short range combats against SMGs."

Stats Adjustment.
"The Kar98k is not commonly used at this moment because its damage output is not enough compared to all the long range ARs. We are giving the Kar98k a small buff in this patch to make this sniper rifle more viable in long distances." 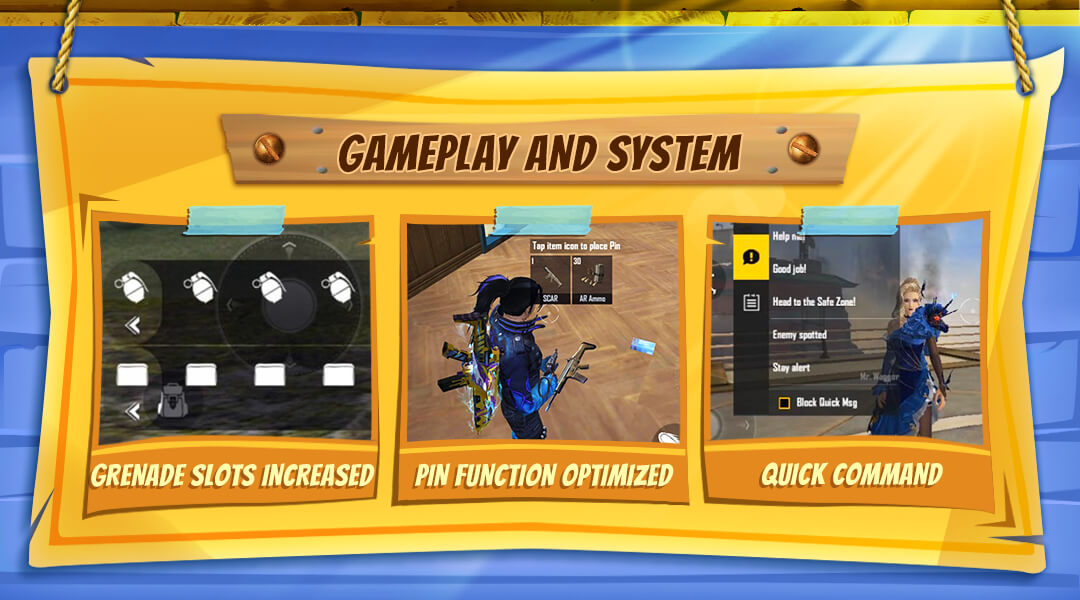 Quick Message Optimization.
"We received great feedback after adding the Quick Message last patch. However, we also learned that the sound is not really recognizable. We are adding voice overs into the quick commands this patch to make communications more straightforward and understandable." 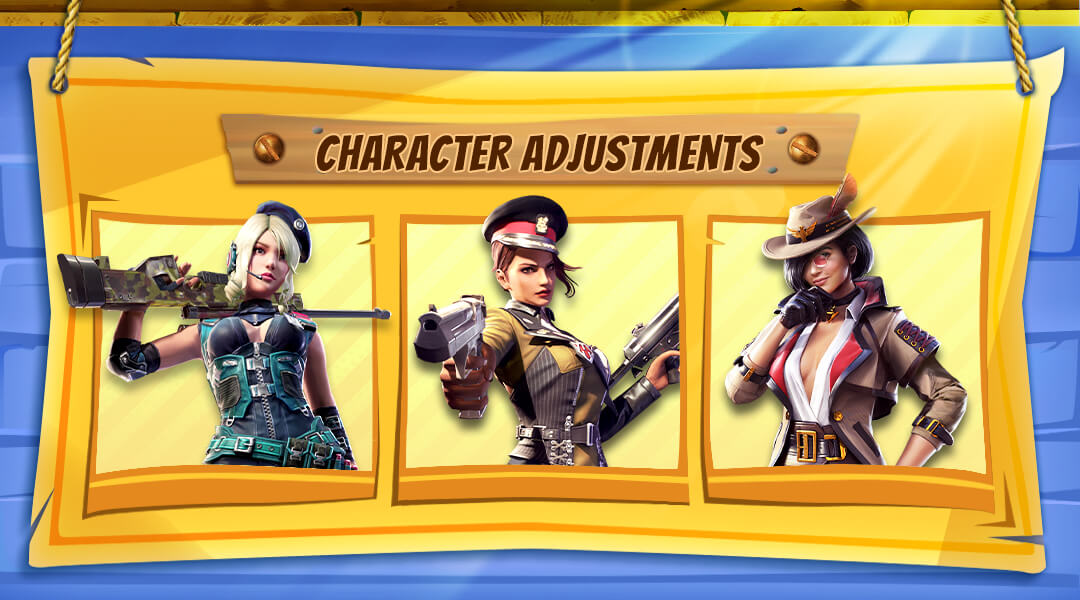 Available Soon!
"Introducing D-Bee, a dancer and a music creator. With Bullet Beats, D-Bee becomes increasingly focused with higher accuracy and he gets extra movement speed while firing. Try him out and let us know what you think!"

Available Soon!
"Did someone call a Doctor?"

Ammo Type Adjustment.
"Paloma is now the real queen of arms. You guys asked and we delivered."

Scan Radius Adjustment.
"Clu's skill did not provide enough information to make it a skill worth bringing into battles. This patch, we are giving the radius of Tracing Steps a big bump so it can be more consistent in finding your surrounding enemies."

Accuracy Multiplier Adjustment.
"Sharpshooter did not provide enough accuracy to make a significant difference in gameplay. We will be giving this skill a little buff so some weapons can be extremely accurate with the right attachments and skills combination."

- Backpack can now be displayed in the lobby via the settings in the Vault.
- Optimized the in-game item pinging feature.
- Mode selection menu display optimization.
- Optimized animation display for the Katana.
- Optimized the background for the character page.
- Level requirement will no longer be required when awakening a character.
- Adjusted the stats display in Battle Royale and Clash Squad Rank Interface.
- Optimized the buttons displayed on the in-game HUD.
- Players can now toggle on/off the vending machine and revival points in the minimap.
- Removed a bug where Clash Squad Rank Shield exceeds 100.
- Players can now choose which rank to display in the Rank Interface.