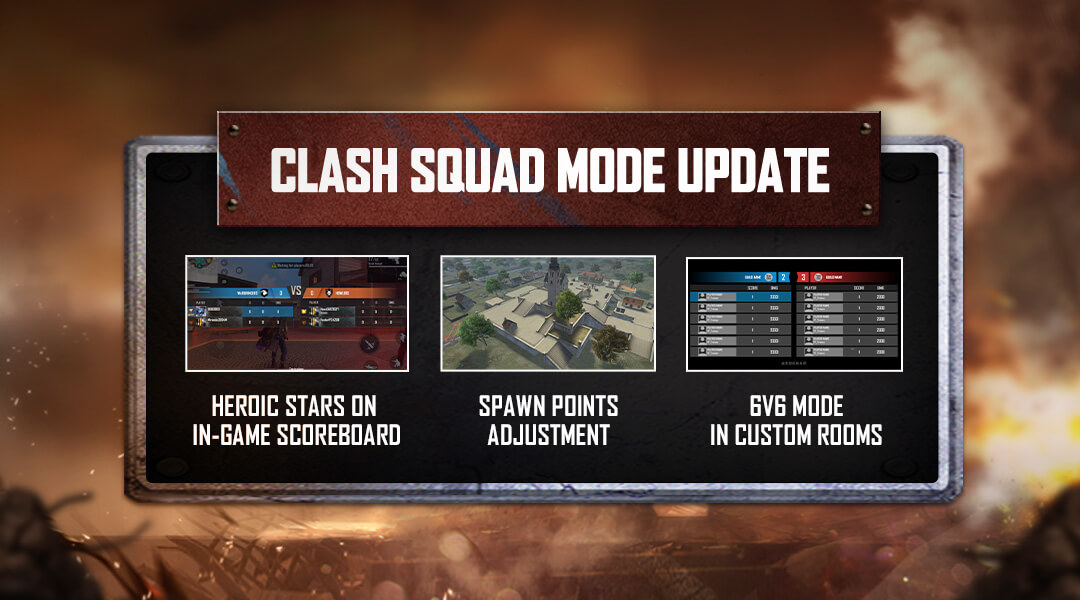 Available in the custom room.
"Are you ready for some 6v6 Clash Squad actions?"

Clash Squad spawn point adjustment in Bermuda.
"We've realized that the Clock Tower zone in Clash Squad is extremely difficult for the team that spawns in the lower area to engage. We’re adjusting the spawn points for both teams to make this map more balanced. For Mars Electric, we adjusted the play zone slightly to ensure the warehouse is in the center of the map." 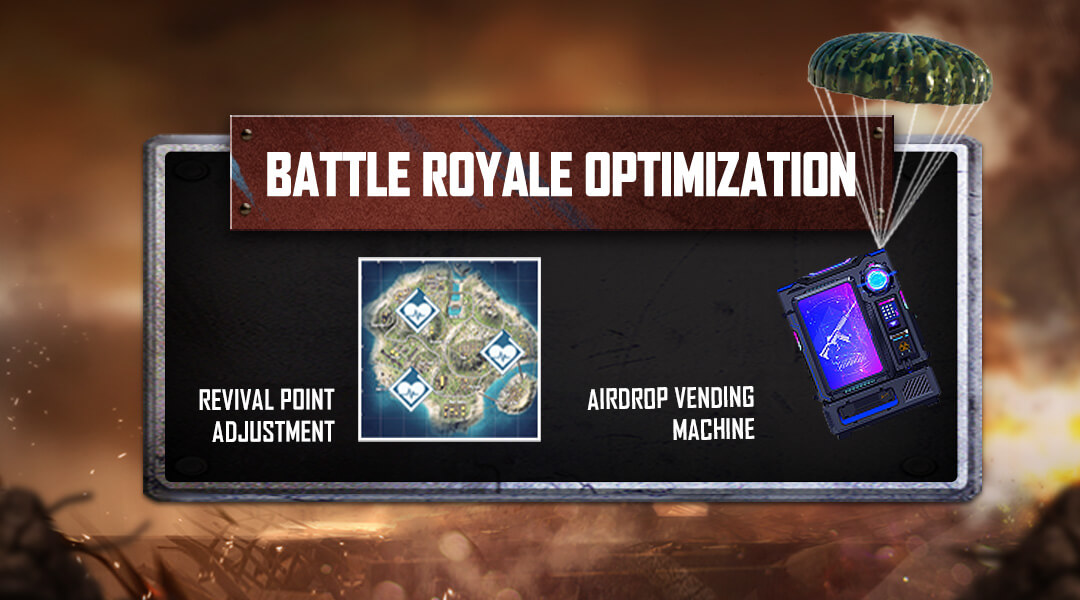 Available in Classic and Rank.
"The Vending Machine has been an important feature in the Battle Royale for gear gathering and reviving fallen teammates. With the Airdrop Vending Machine, you will be able to spend your FF coins in more locations."

Airdrop Vending Machine is now available in the Battle Royale.

HUD and UI display optimization.
"The revival system is playing a larger role in the Battle Royale. We're giving the UI an update in this patch to ensure players have more information about Revival Points."

Play zone damage adjustment.
"We're increasing the damage of the play zone a bit more this patch to ensure players cannot hide outside of the play zone to wait till other players are eliminated. Get in the safe zone!" 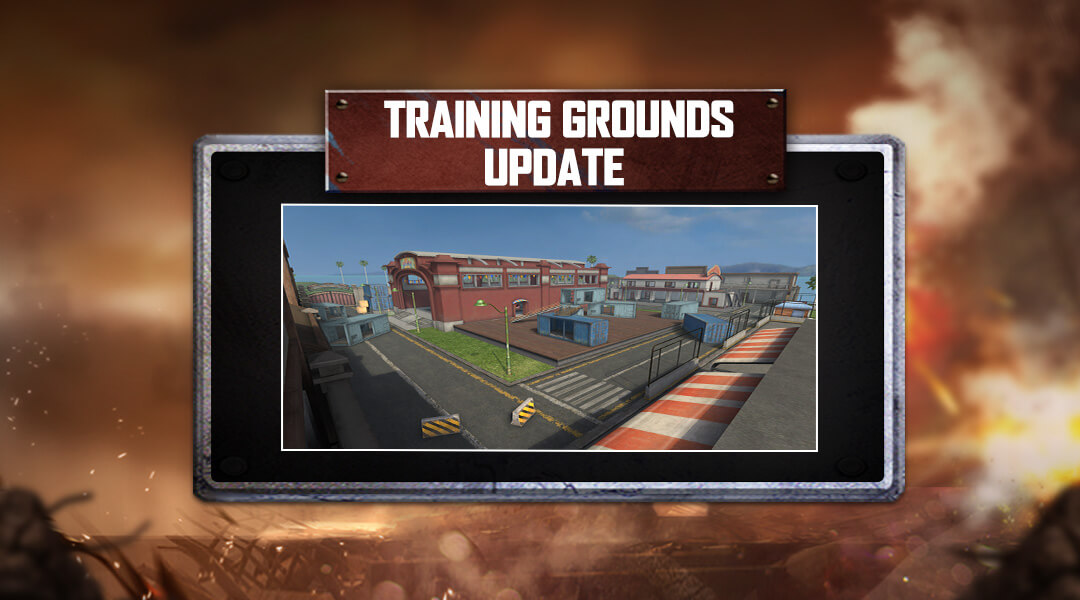 Layout adjustment.
"The current layout of the combat zone is a bit too complicated for combat training. We're removing some objects in the combat zone to make enemies more visible in this area."

Character Skill Adjustment.
"Even after the change, Time Turner has proven to be a bit too reliable compared to other active skills. We're adding some cooldown and reducing the shield duration to make sure players will use this skill with a high cost."

Character Skill Adjustment.
"Camouflage is currently a bit too difficult to be hit because Wukong is moving at a fast speed with a reduced hitbox. We're toning down the movement speed a bit in this patch so players are less mobile while Camouflaged."

Character Skill Adjustment.
"Wolfpack is too strong when the whole squad is equipping this skill. We're reducing the damage reduction a bit so weapons can still be effective against fully armored Awakened Andrew."

Character Skill Adjustment.
"Damage Delivered’s long cooldown makes the skill unreliable when players are constantly in combat. We’re reducing the cooldown of the skill a bit so it can ready faster between combats."

New Item Available.
"Introducing Jai's Microchip, which players can use to get Jai's Skill - Raging Reload."

Jai's Microchip is now available in the Free Fire Store.

Available in the Battle Royale.
"We found out that gear progression in the Battle Royale is not very balanced since high level armor can be purchased from the vending machine. We're introducing two armor attachments this patch to make sure players can further upgrade their armor when they spend their time looting. Additionally, more types of attachments will come in the near future!"

Weapon Stats Adjustment
"The SPAS-12 has been a bit weaker than other shotguns for a long while now. We're giving the SPAS-12 a bit more range this patch to make sure it can be more competitive with its peers."

Weapon Stats Adjustment
"As one of the most difficult weapons to use, the FF-Knife is not strong enough."

Weapon Stats Adjustment
"Currently, the Grenade is too cost-effective especially against fully armed targets. We're removing some power from the Grenade to make sure players can only take out full health enemies with an extremely precise toss."

Weapon Stats Adjustment
"Even though the P90 is scope equipped, it currently does not perform well in mid-range compared to other SMGs. We're giving the P90 a bit more power this patch to make it more reliable."

Weapon Stats Adjustment
"We're giving the AWM a bit more power so it can remain effective against enemies with higher-level armor equipped."

Weapon Stats Adjustment
"The SKS is not so reliable right now because it is not so effective against armored enemies. We're giving this weapon a bit more damage to make it more lethal when taking enemies down from afar."

Weapon Stats Adjustment.
"The vector is currently too deadly in close range. We're making some adjustments to this weapon to give players enough time to react against enemies with the Vector Akimbo." 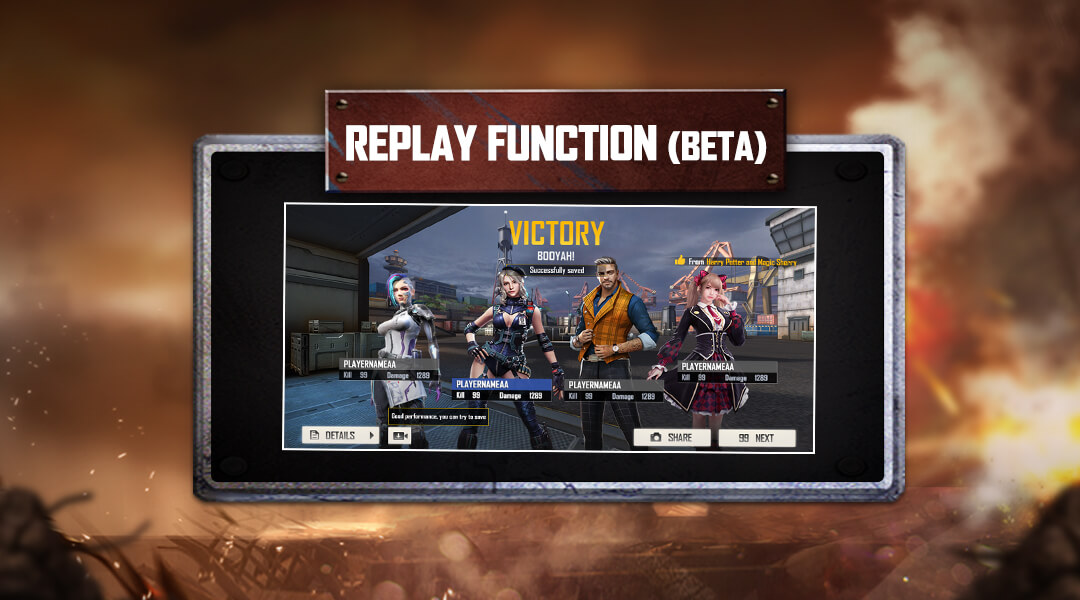 Replay now available.
"We have been receiving feedback that players are unable to capture some of their highlight moments because we do not have a replay system in place. We are excited to introduce the replay feature of this patch for its first test run on some selected devices. You guys asked and we delivered!"

Brand new features and UI.
"It has been a while since we've updated the Guild System. We are giving the guild menu a brand new look and adding new guild crates that can be shared with your team members. Join and share these guild goodies!"

- Players can split their items while discarding them.
- Added players' rank star count in the in-game Clash Squad leaderboard.
- Added chat bubbles while in the team formation menu.
- Optimized Decoy Grenade's display on the mini-map.